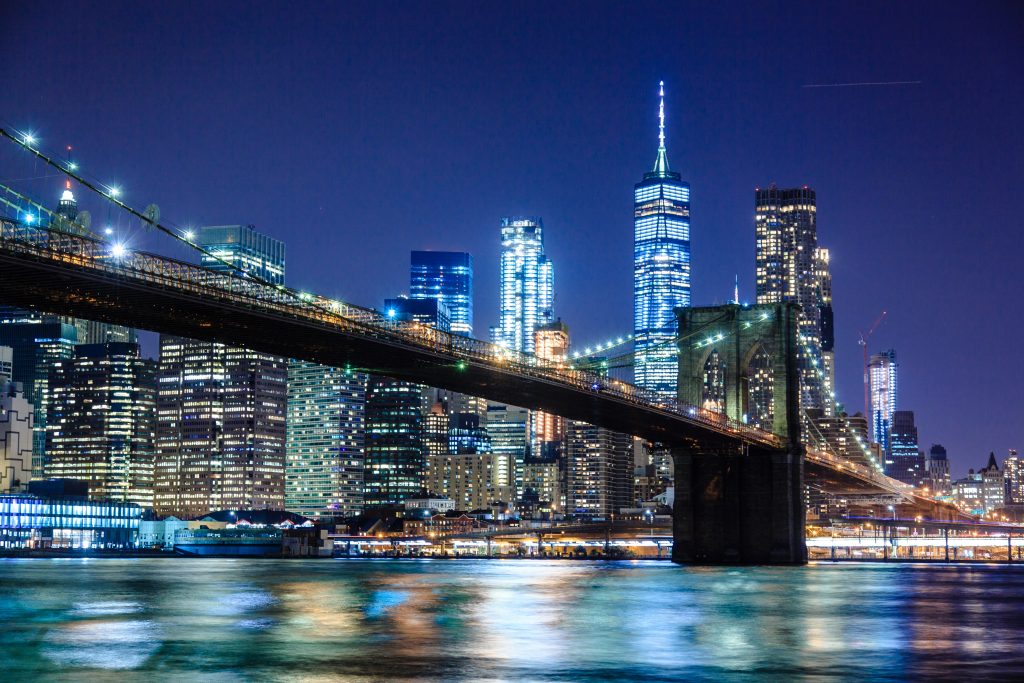 New York City is bursting with world-famous landmarks like Times Square, the Empire State Building, and the Statue of Liberty. If you’re a first time visitor to the Big Apple, these should definitely stay on your to do list! However, if you’re looking for something a little more unique or unusual, something further from the glitz and glamor of tourist attractions, you’ll need to venture off the beaten track.

The Dinner Party in the Brooklyn Museum

In celebration of #InternationalWomensDay, 39 female dancers from @theaileyschoolofficial pay tribute to the iconic 1979 art installation, The Dinner Party by Judy Chicago⁠. "As I watched the women sway in rhythm around the table it was if the centuries of women represented were rising up to insist on freedom and equity for everyone on the planet. What a wonderful way to remind us that women's rights are human rights." — @judy.chicago⁠⠀ ⁠⠀ Produced by @redisdancing⁠.co⁠, directed by @katya.martin and @redisdancing⁠, choreographed by @iliajessicacastro | Judy Chicago (American, born 1939). The Dinner Party, 1974–79. Ceramic, porcelain, textile. Brooklyn Museum; Gift of the Elizabeth A. Sackler Foundation, 2002.10. © Judy Chicago.

In the center of the Brooklyn Museum’s Elizabeth A. Sackler Center for Feminist Art lies an enormous triangular table laid for a banquet. Each place setting honors a female artist or historical figure, from Sojourner Truth to Sappho. Completed in 1979 by the artist Judy Chicago, the piece is an icon of 1970s feminism. At the time, the achievements of many of the women whose names adorn the table were little-known to the public. The Center’s exhibition space is home to regular revolving exhibitions and events around modern and contemporary feminist art.

Located in an unassuming Queens building, the Self-Taught Genius Gallery is an unusual little offshoot of Manhattan’s American Folk Art Museum. The Gallery focuses on American ‘outsider art’: artists who did not have formal art training or connections in the art world. Over 300 years of lesser-known and under-appreciated American art can be found in this extraordinary gallery.

A Stunning Legal Decision Just Upheld a $6.75 Million Victory for the Street Artists Whose Works Were Destroyed at the 5Pointz Graffiti Mecca In a sweeping 32-page decision eviscerating the legal arguments of a disgruntled Queens real estate developer, a US Appeals Court affirmed the rights and monetary damages awarded to a group of graffiti artists whose works were destroyed without warning or consent in 2013. The artists sued the developer, Gerald Wolkoff, in 2013 for violating their rights after he whitewashed their work at the famous 5Pointz graffiti art mecca in New York to make way for condos. A jury ruled in favor of the artists in November 2017, but it was up to a judge to determine the extent of the damages. In February 2018, Brooklyn Supreme Court judge Frederick Block awarded the artists a total $6.75 million in a landmark decision. The sum included $150,000—the maximum legal penalty—for each of the 45 destroyed works at the center of the case. #5pointz #preservation #graffiti #culture #respect Congratulations @meresone and all the other artist involved on thier fight and victory!!

The colorful wall of the Graffiti Hall of Fame is a fixture of East Harlem. Founded in 1980, this ode to street art is a place for the best graffiti artists in the world to display their work to the public. Between East 106th and 107th Streets, over 20 pieces cover the walls of the Jackie Robinson Educational Complex playground. Murals and graffiti art play an important part in the area’s cultural fabric and include works by James de la Vega, Manny Vega, and Keith Haring.

This tiny independent cinema runs out of an old Brooklyn bodega on Bedford Avenue. Staffed entirely by volunteers, the microcinema is open seven days a week screening offbeat, forgotten, and underappreciated films. With just 35 seats, it’s definitely a cozy spot. The space also hosts events such as director Q&As, live scores, and film talks. BYOB and settle in for a truly unique New York experience.

Museum of the American Gangster

Our sign always gets a few laughs- do you have any relatives that participated in Prohibition shenanigans?

A post shared by The American Gangster (@museumoftheamericangangster) on May 1, 2019 at 5:30pm PDT

Once a notorious speakeasy with a maze of secret tunnels, this theater and small museum is a treasure trove of Prohibition-Era gangster life. The museum’s collection of mobster memorabilia includes bullets recovered from both the shooting of Pretty Boy Floyd and Bonnie & Clyde’s final shootout, the death mask of John Dillinger, cracked safes, and moonshine stills.

Built in 1887, this elaborate synagogue in Chinatown is one of the first houses of worship built by Eastern European Jews in the United States. Once a center of Jewish life in the area for nearly fifty years, immigration quotas, dispersal, and the Great Depression found the synagogue falling into disrepair. After its restoration between 1986 and 2007, Eldridge Street Synagogue became a National Historical Landmark. The synagogue includes a museum and is still used for Jewish services. Some of the architectural highlights include the ceiling dome and colorful stained glass with a gold Star of David.

This secluded park high above Manhattan’s Financial District is a slice of tranquility. From its expanse of foliage you can catch incredible views across the New York Harbor and the Brooklyn Bridge. The one-acre green space sits on top of a parking garage sandwiched between two large concrete buildings. The park’s secretive location makes it almost invisible from the street, save for a small brass plaque. While the grassy lawn is sometimes host to concerts and events, the abundance of trees and flowers shelter peaceful spots to eat lunch or to take a moment to yourself.

The middle of New York City is the last place you’d expect to find a waterfall. This hidden oasis in Midtown is almost completely silent – a seemingly impossible feat given its location between Fifth and Madison Avenues. Paley Park was designed to mitigate the city noise and provide New Yorkers with a green escape. Walls of ivy, shaded trees, and a 20 foot waterfall make this one of the most peaceful places in Manhattan.

Our penne being sliced and prepared for packaging

Founded in 1912 in Manhattan, the Cassinelli Pasta business is over 100 years old. Now located in Astoria, Queens, this legendary shop has been making handmade fresh pasta on 23rd Ave since the 1930s. The bustling open kitchen produces over 4,000 lbs of pasta each day, from ravioli to squid-ink bucatini. Peer across the counter to catch a glimpse of shiny pasta machines and vast sheets of dough.

what dreams are made of 🌈

A post shared by Chinatown Ice Cream Factory (@chinatownicecreamfactory) on Apr 7, 2020 at 6:47am PDT

Even in the dead of winter, Chinatown Ice Cream Factory keeps its doors open. 365 days a year, the ice creamery, one of Chinatown’s oldest establishments, offers unique and colorful confections to the masses. If you’re craving flavors like pandan, lychee sorbet, red bean, or even banana durian, this is the place to be. The business has now expanded to locations in Flushing and the Lower East Side, but you can still find the original on Bayard Street.

Nonnas of the World at Enoteca Maria

Nonna Adelina from Naples, Italy is sending love and blessings to you all. She can't wait to come back and make all of her classic dishes, like this linguine con vongole! We miss you, Adelina!🇮🇹

From Italy to Trinidad, grandmothers from across the world are the star chefs at Enoteca Maria in Staten Island. The restaurant’s owner, Joe Scaravella, originally staffed his kitchen with Italian grandmothers, or nonnas, to create a taste of true Italian comfort food. After inviting a Pakistani grandmother to cook for a night, the Nonnas of the World project was born. The daily menu changes depending on the day’s head nonna, which in the past has included Japanese, Polish, and Venezuelan dishes. The restaurant also offers cooking classes for local women, encouraging cultural exchange and friendship.

Happy 2020, everyone! We are kicking off January with our weekly newsletter featuring a sale on Lawrence Block titles, new signings, and some great events coming up this month. Check out the link in our bio to read the full update!. . . . . . #happynewyear #bookstagram #bookstore #whattoreadnext #currentlyreading #bookshelf #shelfdecor #shelfie #readersofinstagram #bookseller

A post shared by The Mysterious Bookshop (@themysteriousbookshop) on Jan 3, 2020 at 11:01am PST

This TriBeCa bookshop specializes in just one genre: mystery. Opened in April 1979 on Friday the 13th, The Mysterious Bookshop carries all manner of mystery books from around the world. Here you’ll find psychological thrillers, modern and vintage detective, suspense, true crime, and more. The shop is also famous for its extensive collection of Sherlock Holmes books and memorabilia. This collection has inspired the shop’s annual Sherlock Holmes convention each January. In addition to the convention, The Mysterious Bookshop hosts launch parties, reading groups, author Q&As, book signings, and an annual party for the Mystery Writers of America.

We're at Broadway Flea! Follow "playbill" on Snapchat to see all of the shenanigans happening around Shubert Alley 😎

Part auction, part charity event, and part musical theater meet & greet, the annual Broadway Flea Market and Grand Auction is held every September in the Theater District. Rifle through tables stacked with unique props, memorabilia, and cast merchandise or queue for an autograph from stars of Broadway productions. Auction items often include tickets to opening nights, lunch with stars, and even small roles in productions! Originally started in 1987 by the cast of A Chorus Line, the funds raised from the auction support AIDS charities across the country. 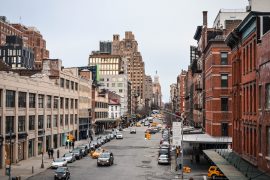 Non touristy gifts to bring back from New York 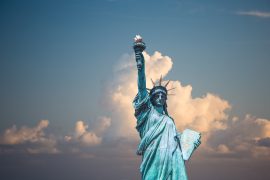 How to travel to New York on a budget 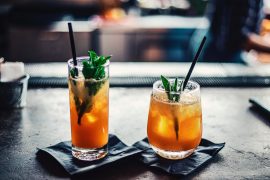 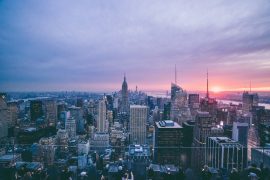 Where to find the best luggage storage in New York?