The best places to travel in August

You still haven’t planned your trip in August?

Relax, Nannybag is here. We have prepared a small selection of the best places to travel in August. Where things really move in August!

But why Nevada, you may ask. Quite simply because from August 25 to September 2 there is the Burning man. One of the biggest music festivals in the world, happening the middle of the desert for a week. For more information, it’s over here.

Let’s be clear: Black Rock City 2019 is happening. But there are key points you should know about the Final Environmental Impact Statement (EIS) and what we will all have to be especially vigilant about in the future. Read more in the Burning Man Journal (https://journal.burningman.org/2019/06/news/brc-news/the-final-environmental-impact-statement/) | Photo by @waynerd | #burningman #blackrockcity #brc #thankslarry #participation #leavenotrace #civicresponsibility

What’s more usual than London, you might ask.  But we have a reason. The Nothing Hill Carnival, August 25 and 26. A festival to celebrate Caribbean culture, creativity and diversity!

CARNIVAL TABANCA?: It's a whole week since NHC 2018. Don't be sad… let's reflect and remember the lifelong memories created by you being a part of the most incredible street event on the European calendar. Bring on NHC 2019!!! . @stefania_palm . Possibly one of the funnest days ever. Notting Hill Carnival parade ✔️ . . #nottinghillcarnival #nhc2018 #samba#carnival#sambadance#paraisoschoolofsamba #sambeando#happydays # #instagood #instadaily@nhcarnivalldn

There’s something cool in Berlin! For all beer lovers, the real ones, you must prepare a trip in August to Berlin. More precisely, between August 2 and 4, for the Berlin International Beer Festival!

Because in August, in Budapest, there is the Sziget. And the Sziget is a music festival with, among others, Florence + the Machine, Ed Sheeran, Post Malone, Macklemore… (rest of the programming here) and it’s happening between the 7th and the 13th of August.

Bristol is one of the largest cities in the United Kingdom, but the reason it is one of the places to travel in August is because it is known for its international hot air balloon festival. Plenty of pretty balloons from August 8 to 11, let’s go!

At the weekend we set the scene with beautiful classical music at @bristolballoon’s morning balloon lifts – what a sight!🎈 _ 📷 @SarahPhilo

One of the most magical places to travel in August, Kandy, in addition to its lush vegetation in its idyllic setting, is also the home of Esala Perahera. It is a religious festival in the name of Buddha, also known as the tooth festival, open to all, but above all it is a unique spectacle in the world. And it’s happening between the 5th and the 15th of August.

Obvious destination, the city of love, one of the most beautiful cities in the world, what better place to spend August? Also mostly because Paris in August is not as crowded as usual and there a lot happening! For example, from July 6 to August 25, there is l’Été du canal, organized by Seine-Saint-Denis Tourisme. A bunch of activities are planned: concerts, cruises, tasting, street art… There is an activity for everyone! For more information, it’s over here.

A post shared by Seine-Saint-Denis tourisme (@seinesaintdenistourisme) on Jun 28, 2019 at 2:16am PDT

Discover all of our articles here. 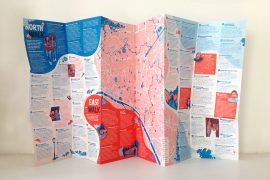 Explore Paris on a budget thanks to this free guide! 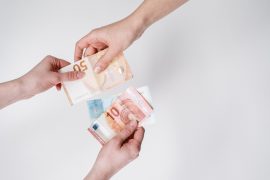 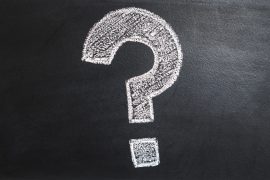 What to do with your luggage before your Airbnb check-in? 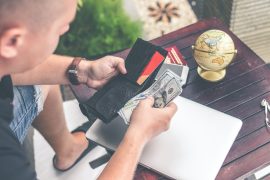