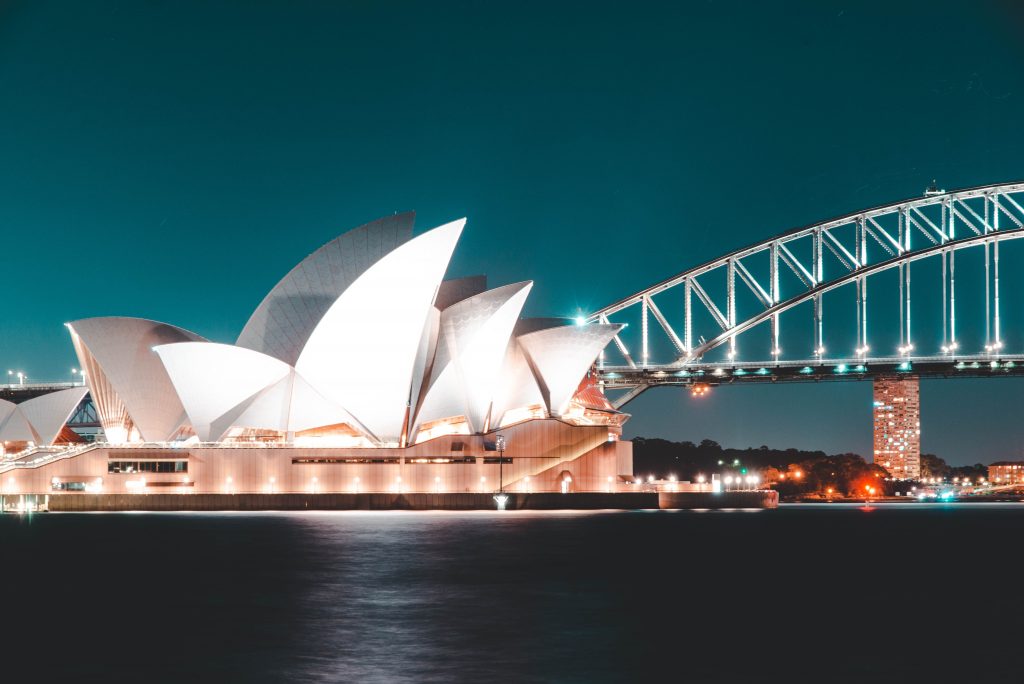 9 non-touristy things to do in Sydney

Sydney is a sprawling city with beautiful beaches, delicious multicultural eateries, and world-class coffee. You’ve seen the Opera House, climbed the Centrepoint Tower, and snacked on some avo toast. So what’s next? Read on for our favorite non-touristy things to do in Sydney!

Eric the Pliosaur at the Australian Museum

At 100 million years old, Eric The Pliosaur sometimes needs a bit of a touch up ☺️. 📷: Nick Langley

The permanent exhibition of the Australian Museum is a wealth of fascinating objects, but one unusual fossil makes the ticket more than worthwhile. Eric the Pliosaur, discovered in a Coober Pedy opal mine in 1987, was once a small reptilian dinosaur around the size of a seal. Over millions of years, his bones became opalized. The sparkling skeleton was almost sold as jewelry before a fundraising campaign enabled the Australian Museum to rescue it.

Now, this is a popular one, but for a very good reason! The impossibly large grin that guards the entrance of Sydney’s Luna Park is one of the city’s strangest attractions. The amusement park was built in the 1930s on Milsons Point, nearby the famous Sydney Harbour Bridge. It is a Sydney icon and the smiling face of the moon at the entrance is an important piece of Australian art. Generations of Sydneysiders have visited Luna Park over the years and the site is listed on the NSW Heritage Register. Ride the 35m tall Ferris Wheel, the Wild Mouse roller coaster, or the Volare – Australia’s largest swing ride!

The Floating Forest of SS Ayrfield

“Here is a blend of two images to balance exposure. First a longer exposure is used to capture the detail in the shipwreck and then a fast shutter to capture the birds as they flew past” @dp_hopkins SS Ayrfield was a steel-hulled, single-screw steam collier. Purchased from the UK by the Australian government, the hull was used to transport supplies to American troops stationed in the Pacific region during WWII. Find this landmark near the mouth of Haslams Creek, just a 40-minute drive from Sydney CBD. Hashtag #mynikonlife to share your own shots of this unique piece of Aussie history. Camera: Nikon #D750 Lens: NIKKOR 25-70mm f/2.8 #MyNikonLife #Nikon #NikonAustralia #NikonAustralia100 #Nikon100 #NikonTop #NikonPhotography #NikonPhotographers #NIKKOR #MyNikonLife #Photography #NikonPhotographer #DSLR #NikonAsia #sunrise #shipwreck #ssayrfield #sydneyolympicpark #longexposure_shots

Once a cargo ship, the hull of SS Ayrfield floats on the Paramatta River overrun by mangroves. The area of Homebush Bay was a successful trading port in the first half of the 20th century but fell into disuse and disrepair, where the cargo ships were abandoned to rust on the river. The remarkable SS Ayrfield has become the home for a forest of lush mangrove trees, which are slowly taking over the ship. View it from the shores of Homebush Bay.

The Art Gallery of New South Wales is home to the Yiribana Gallery, one of the world’s largest permanent displays of Indigenous Australian art. The word yiribana means ‘this way’ in the Eora language of the Gadigal people, the traditional owners of the gallery’s land. Here you’ll find traditionally woven bags, bark paintings, installation works, photography, and protest art. The gallery is located on Lower Level 3 of the Art Gallery of New South Wales.

The streets of the Inner West are looking better than ever with the @innerwest_council's #PerfectMatch2016 street art project. Check out their website for a full map, officially opening on Friday. (Art by @theoxking) #Grafitti #Sydney #sydneylocal

The suburb of Newtown is well known for its bohemian and eclectic atmosphere, with vintage boutiques, trendy cafes, and abundance of fixed gear bikes lining the pavements. But it’s the colorful murals splashed across Newtown’s walls that make it a truly unique place to visit. Since the 1990s, street art has flourished in the suburb with the support of local citizens and the council. Key spots are Lennox Street, Bedford Street, and Camperdown Memorial Park.

#throwbackthursday to the incredible shoot we did for @vogueaustralia 60th anniversary issue at the end of last year. Shot by @levonbaird styled by @pipmoroney and hmu @_roryrice_ @nadinemonley

Catching a show by Bangarra Dance Theatre is a truly unique and original Australian experience. Celebrating over 65,000 years of Indigenous Australian cultures, this contemporary dance company is made up of classically trained Indigenous performers. The word bangarra is the Wiradjuri word ‘to make fire’. The company has toured across Australia, the UK, and the USA. Bangarra are currently streaming their production ‘Terrain’ online during the confinement. Find details of their performances at bangarra.com.au

Picture this: you're wandering through the Chinese Garden of Friendship in @darlingharbour, the willows are swaying, and the waterfalls are babbling. Some virtual tranquility for your Monday! 🍃⠀⠀⠀⠀⠀⠀⠀⠀⠀⠀⠀⠀ ⠀⠀⠀⠀⠀⠀⠀⠀⠀⠀⠀⠀ 📸 @barbs_curls

For a moment of tranquility in the chaos of the city, slip away to the Chinese Garden of Friendship on Harbour Street. The garden was designed in the style of Ming dynasty gardens. This verdant oasis honors the relationship between Sydney and its Chinese sister city of Guangzhou. Waterfalls, pavilions, statues, and Chinese elms, plus a traditional teahouse, make this an ideal spot to take a break from your Sydney adventuring.

The @carriageworksfarmersmarket reopens for 2020 today, 8am-1pm. Fill your pantry with seasonal produce and support our wonderful stallholders, many of whom have been affected by the bushfire crisis and drought. You can also help by picking up a Farmers Market tote bag or Carriageworks honey, all proceeds raised this month will be donated to the @nswrfs. 📸: @jacquie.manning

A former rail workshop in the suburb of Redfern, this 19th century complex is now home to the multi-purpose arts venue of Carriageworks. Everything from performance art, to chamber opera, to fashion shows can be found on this 51-hectare site. On Saturdays Carriageworks is home to the Carriageworks Farmers Market. Here, local and regional farmers and producers sell fresh seasonal produce, artisan bread, and fresh flowers.

Happy new year everybody!! This is one of my favorite moments of 2016. I think everyone's New Years resolution should be to go some place they've never been before. Tag 3 friends you want to explore with this year!! Looking forward to sharing all the adventures to come!! 🎉☀️💦

A quieter choice than the overcrowded Bondi, Mona Vale Beach gives you two beaches for one. Mona Vale’s two bays are divided by a rock platform with many shallow pools where you can often find shells (remember these are for looking only, don’t touch!). This platform also features a man made sea pool where you can swim laps. The Basin in the north is more sheltered, but unpatrolled, while Main Beach is a kilometer of sand and surf perfect for a paddle. Known as Bongin Bongin by the Guringai people, the beach lies 28 km north of the Sydney CBD.